There are a lot of words to understand and to deal with. We will help you – it's much more than buzz words.

But to get closer, let’s provide some definitions. According to the Encyclopedia Britannica, AI refers to “the ability of a digital computer or computer-controlled robot to perform tasks commonly associated with intelligent beings.

And the English Oxford Living Dictionary gives this definition:

The theory and development of computer systems able to perform tasks normally requiring human intelligence, such as visual perception, speech recognition, decision-making, and translation between languages.

It started in the 1950s. John McCarthy held a conference in Dartmouth, New Hampshire, where he invited the leading researchers of a wide range of fields: complexity theory, language simulation, neuron nets, abstraction of content from sensory inputs, relationship between randomness and creative thinking, as well as learning machines. The purpose was to discuss a subject so novel that it needed a new term; he called it artificial intelligence.

So it’s more than 50 years old, but it’s just recently started to take off, and more is expected in the future.

According to a recent Forbes Insights survey of more than 300 executives, 95 percent believe that AI will play an essential role in their responsibilities in the near future. The most-cited business benefits corporate leaders see from AI include the following:

AI can be used in many contexts, of course: in society, in business, in almost everything. “AI can help speed up the capture and analysis of truly useful information, turning this data into knowledge that can be used to track and assess impact on corporate profitability. ”

If we look back at 2018, we see some trends. This was the year when business analytic applications were made in natural language processing (NLP), which provided easier ways of obtaining information about the latest sales or the latest transactions made.‍

Some researchers talk about different levels of AI. Max Tegmark, president of the Future of Life Institute, and professor of physics at MIT, let us dive into the next aim: artificial general intelligence (AGI). In his book Life 3.0, he suggests that someday, in addition to being able to learn, AGI will be able to also redesign its own hardware and internal structure. “While narrow AI may outperform humans at whatever its specific task is, like playing chess or solving equations, AGI would outperform humans at nearly every cognitive task.”

An algorithm is a set of rules to be followed when solving problems that results in some final result. Sometimes there is confusion between code and algorithm, but no more: You use code to tell a computer what to do, before you write code you need an algorithm. An example outside the computerized world is when you want to bake a cake. The algorithm here is the cake recipe. The result is the cake.

Neural networks are a series of algorithms modeled after the human brain. Just as the brain can recognize patterns and help us categorize and classify information, neural networks do the same for computers.

Machine learning is about analyzing examples and learning from them. An example is face recognition systems, where a system learns from many, many example photos of faces to recognize a certain person.

“A computer program is said to learn from experience E with respect to some class of tasks T and performance measure P, if its performance at tasks in T, as measured by P, improves with experience E. Systems with these techniques can perform a specific task without using explicit instructions; instead, they rely on patterns and inference.”

Deep learning is a subset of machine learning, also known as deep structured learning or hierarchical learning. It’s inspired by the structure and the function of the human brain.

Deep learning learns through an artificial neural network that acts very much like a human brain and allows the machine to analyze data in a way that resembles how humans do.‍

In Forbes you can read this example about autonomous vehicles:

“There’s not just one AI model at work as an autonomous vehicle drives down the street. Some deep-learning models specialize in street signs while others are trained to recognize pedestrians. As a car navigates down the road, it can be informed by up to millions of individual AI models that allow the car to act.”

Natural language generation (NLG) is a software process that automatically transforms data into a written narrative.

Although accessing data was previously a difficult issue; now it’s not. But to make it comprehensible to humans, transforming it into human language is key. Not long rows of numbers, but English, German, Russian, Japanese, or whatever language you prefer. NLG is a software process that converts the data into words, written or spoken.

The uses of NLG is immense. And it has become more prevalent over the past years.

It allows organizations to process large datasets and to create stories more efficiently than humans can, so investments in the technology are increasing rapidly.

Well-known publishers started to use NLG years ago. In 2017, the Washington Post announced that it would be increasing its coverage of high school football games using its homegrown content generator based on AI. In 2015, Lingmill launched a fully automated website with articles about Swedish football that was well reported in the Swedish media.

Dagens Nyheter and Sveriges Radio named Lingmill pioneers in the area (the company at the time was named “Robonews”).

People, of course, ask about the quality of the texts made by NLG, whether they are well written, interesting, and so on. The bottom line is: is it possible to see that a text is written by a machine or a human being? In general terms, this is a variant of the Turing test, or more popularly: Bot or Not.

NLP consists of all the software which interprets or produces human language. So NLG is a subfield of NLP, and the two terms are often connected. NLP is a subfield of Computational Linguistics (CL).

body: "Natural Language Understanding is a process where information is extracted from written text. As an example, data can be found when going through tons of pdfs with information about court cases or legal processes. And when it’s found and understood, then we have NLU. The next step, of course, is to use the data.",

Content Automation is a way to produce content without the need for human intervention. It's a way to automate the complete production of material, to be used for example in digital marketing. Using algorithms, it’s possible to putin place a creative process entirely without humans, though there will always be great opportunities for cooperation between humans and algorithms to produce even better content. 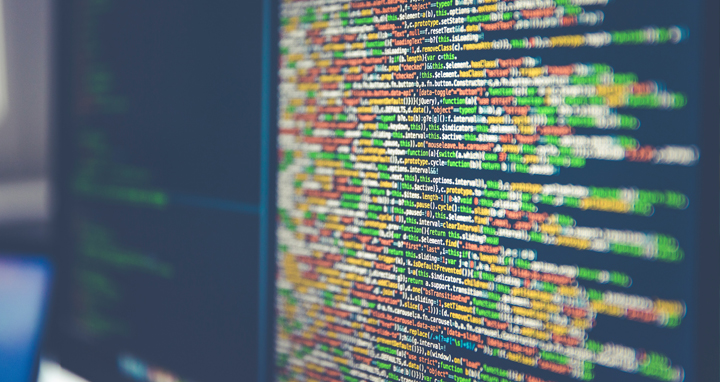 We would love to hear from you!
Thank you! Your submission has been received!
Oops! Something went wrong while submitting the form.
By providing my contact details in this form Lingmill may contact me, send me information regarding Lingmill and store my contact details for that purpose. All automated communication contains an unsubscribe link and the possibility to erase all personal data. We will never share your details with any third party.